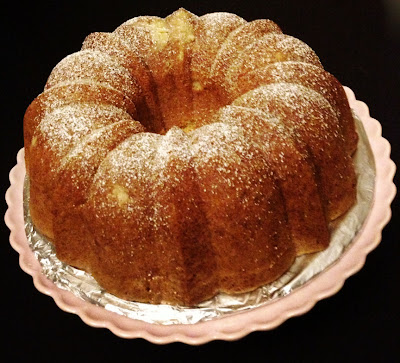 I read that November 15 is National Bundt Day. It's like the birthday for the bundt cake! I am a few days late for the bundt day but hey, better late than never! Life has been a little crazy around here but I had to find the time to bake this bundt cake. It's getting close to Thanksgiving, less than a week to go, so might as well think of it as a make-ahead Thanksgiving dessert. The seemingly energetic bakers Lora of Cake Duchess and Anuradha of Baker Street are hosting Bundt-a-Month. I am always happy to be able to use my beautiful bundt pan and this month's Bundt a Month theme is spice.  I like spices because I grew up with spices in all kinds of dishes, from savory to sweet.

When I saw that the theme is spices, I knew that I wanted to have cardamon in the cake. Not only do I have ground cardamon left from a canning project a couple months back, but I also that cardamon gives everything a clean taste.  I also wanted to use apples or pears because it is that time of year! I searched and found the Molly O'Neill recipe on the New York Times website for Olive Oil and Apple Cider Cake. It has the right proportions for my pan. I get lazy and don't want to re-calculate measurement so that it'll be right for my big bundt pan. This one sounded right for my needs but I made my own modifications. 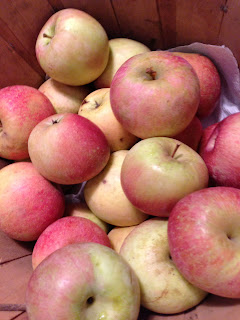 I stopped by the farmer's market and got some fujis and suncrisps. I may have added in an empire as well. I added in cardamon and cinnamon while cooking down the apples. I also left many pieces of apples in the apple sauce. 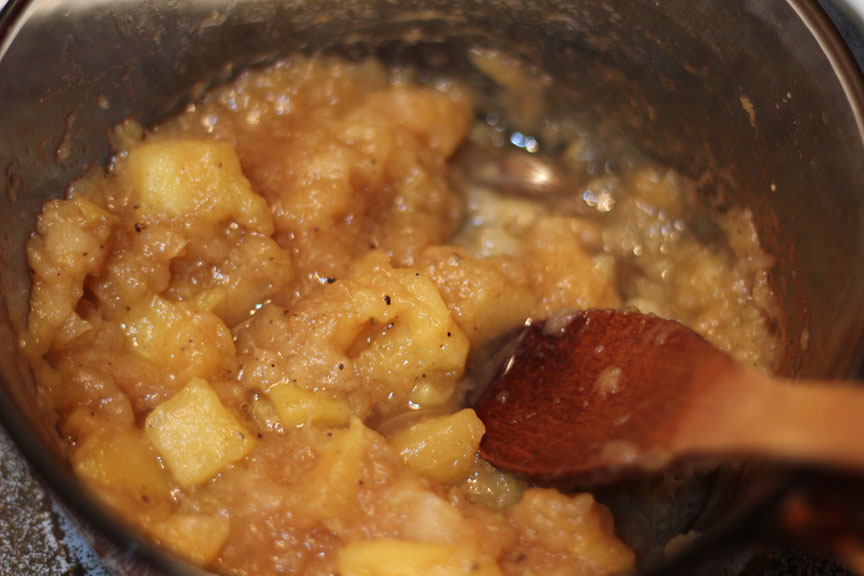 As the batter baked into a beautiful bundt, my house smelled of baked apples with a touch of cinnamon and cardamon.


The original recipe can be found on the New York Times website: Olive Oil and Apple Cider Cake.  It's a wonderful recipe - easy with few ingredients. I wanted the apple to shine so I am calling mine Apple and Olive Oil cake.  I added in a teaspoon and half of ground cardamon and a teaspoon of cinnamon while the apples were cooking down into applesauce. I sprinkled it with confectioner sugar after it cooled a bit. This cake would be great with some whipped cream or more of the applesauce over a slice of bundt. The beauty of the bundt pan is that it makes simple delicious cakes look so pretty. 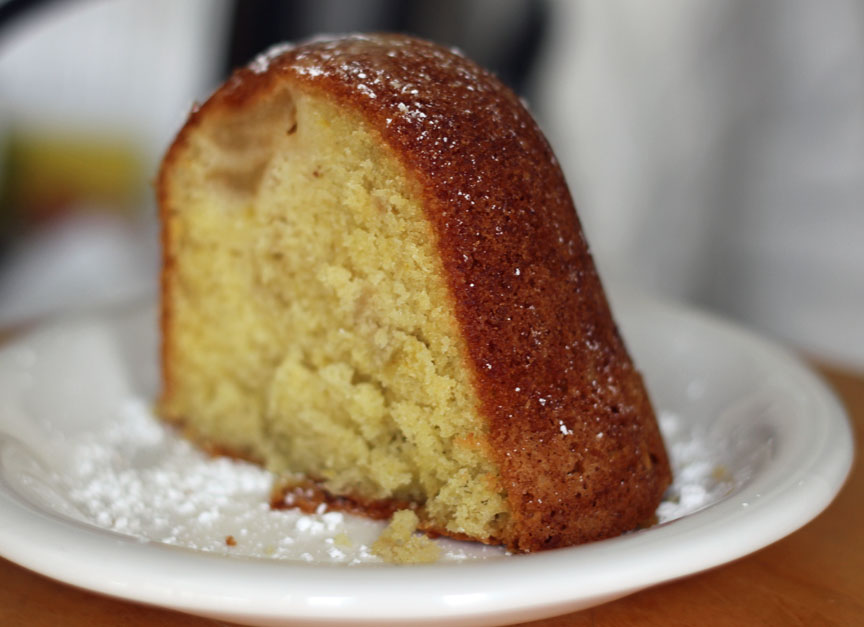