Can It Up: Candied-Pickled Apples with Star Anise 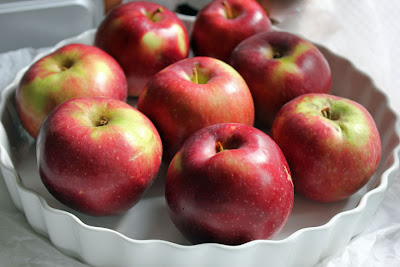 Canning? What's that? It was like a magical process.  Some people have that Can It touch and I was afraid that I just don't have that touch.  I used to be afraid, horrified that I may kill one of my friends or family members with botulism. My friend E has her own hens and cows, preserves her own jams, zucchini relish and all kinds of produce from her or her family's gardens. And did I mention that she is a full time doctor? One taste of her relish sent me and my other friend into that magical world. We thought maybe she was just born with that magical touch. She even gave me her grandmother's recipe and I was still hesitating because again, I had fear of that "canning" process.

Then another friend, Hima, started telling me about her love for preserving and somehow with two of my friends doing it, I got less intimidated.  I then took a class at Whole Foods Market and learned about pectin and that it's not that scary to put the jars into the boiling water.  If you preheat the jars, they will not shatter and the heat will kill bacteria.  (We are, of course, talking about the high acid fruits and pickling of vegetables.)  I then tried it at home and my family ate the jam I made and no one got sick. Yay! In fact, I got rave reviews for the simple peach jam I made.  Last year I took a class with Marisa McClellan of the delicious Food In Jars and she was so nice and encouraging. Marisa's Honey Lemon Apple Jam looks gorgeous and tastes good, lemony and apple sweet. (Recipe found at Honey Lemon Apple Jam) 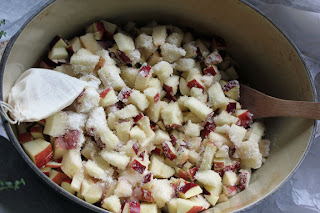 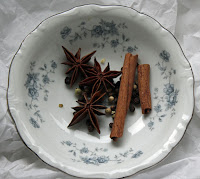 Well, this summer I often got a little carried away at the farmer's market or even at the produce aisle of the supermarket.  So I started trying various recipes for preserving all kinds of fruits.  I practically ran out of shelves to put my jars. When Hima of All Four Burners told me that she is hosting Can It Up, I had to join!  In fact, it has a lot to do with me starting this blog.  So Hima, here's my contribution: Candied-Pickled Apples with Star Anise.


I love apple picking with my friends and family but I really did not have time the last two weeks to go apple picking.  But the apples are from a local farm, already picked.  There's got to be some compromise.  I really love Liana Krissoff's Canning for a New Generation. Every recipe I've tried in this book has turned out great.  I will report back later how I and my reviewers (friends) like this Candied-Pickled Apple.  I have to post this as I am too excited after I finished my preserve, and knowing that I have a busy week ahead. 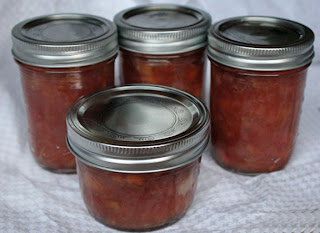 Prepare for water bath canning. Wash jars and put them into canning pot to keep warm.
Put the spices in a cheesecloth or muslin bag and tie it shut.  Put the bag and all the remaining ingredients in a wide, 6- to 8- quart preserving pan.  Bring to a boil over high heat, then lower the heat and simmer, stirring occasionally very gently to keep from breaking apart the apples too much, until the apples are translucent and the syrup is thick, about 45 minutes.  Discard the spices.

Ladle the hot apples into the jars, leaving ¼ inch headspace at the top.  Use a chopstick to remove air bubbles around the inside of each jar.  Use a damp paper towel to wipe the rims of the jars, then put a flat lid and ring on each jar, adjusting the ring so that it’s just finger-tight.  Return the jars to the water in the canning pot, making sure the water covers the jars by at least 1 inch.  Bring to a boil, and boil for 10 minutes to process.  Remove the jars to a towel and do not disturb for 12 hours.  After 1 hour, check that the lids have sealed by pressing down on the center of each; if it can be pushed down, it hasn’t sealed and should be refrigerated.  Label the sealed jars and store.

Note: For me, this yielded four half-pint jars plus four ounces, which is close to the yield in the recipe.
Posted by Unknown at 9:36 PM

Email ThisBlogThis!Share to TwitterShare to FacebookShare to Pinterest
Labels: apples, Can It Up, canning, jam, preserving, star anise